Gandan is fully active and the largest functioning monastery including the Mongolian Buddhist University. 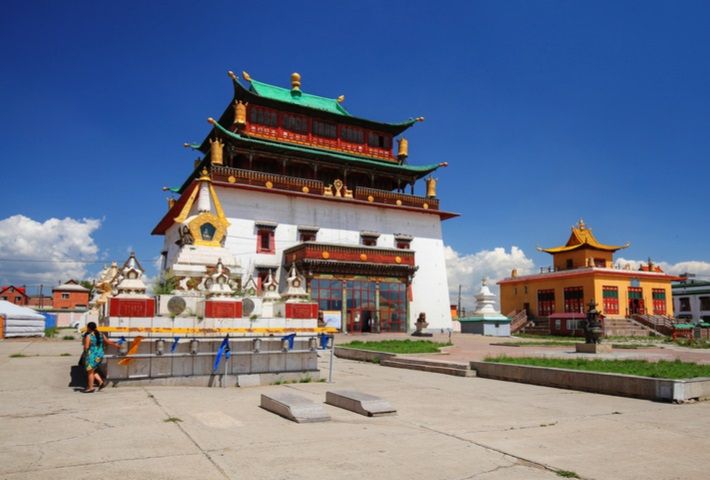 Gandan is fully active and the largest functioning monastery including the Mongolian Buddhist University.

The highlight of the visit to Gandan is a 26-meter-high majestic gilded indoor statue of Megjid Janraisig. This overwhelmingly glorious deity was crafted in 1911 to celebrate independence and freedom from Manchu. Literally, it can be translated as Great Place of Complete Joy.

The first temple of Gandan Monastery was established in 1835 by the order of 5th Jebtsundamba, the highest reincarnated lama of Mongolia. At the beginning of the 20th century, Gandantegchinleng Monastery was the center of Buddhist learning in Mongolia.

In 1938s, the communists suppressed religious communities in Mongolia. They destroyed around 900 monasteries, though less handful was turned into museums. The monks were killed, jailed, or forced to join the army or laity. Five temples of Gandan Monastery were destroyed. The remaining temples were used to accommodate Russian officials or used as barns to keep their horses.

In 1938, Gandantegchinleng Monastery was closed but reopened in 1944 as the only functioning monastery during the socialist regime. Because Gandan Monastery was used as a showcase for visitors. After the democratic change took place in 1990 Buddhism regained its full right of worship. Gandan Monastery embarked on an ambitious restoration program around the country. Then in the whole country, 140 monasteries and temples have been (re)established and many sacred statues were reconstructed so far.