The Bogd Khan Palace is one of the most important monuments of Mongolian history and architecture. 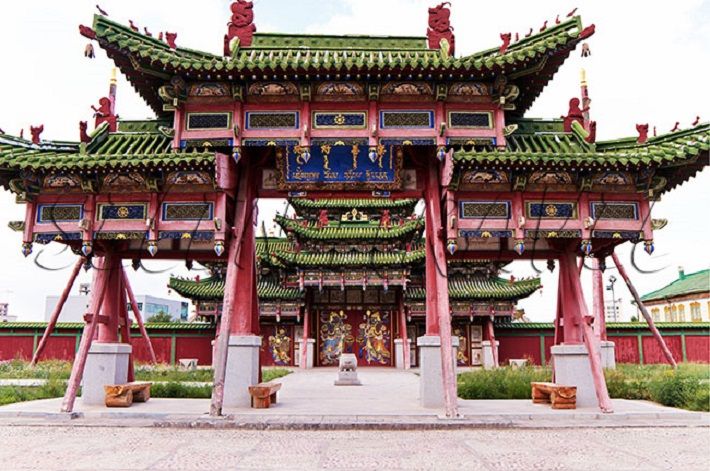 The Bogd Khan Palace is one of the most important monuments of Mongolian history and architecture.

For about twenty years, the Winter Palace had been serving as a winter residence for the eighth Buddhist leader of Mongolia, the Bogd Javzandamba Agvaanluvsan and his wife, Queen Dondogdulam. This is only remaining palace out of four residences where Bogd Khan resided here with his queen for twenty years.

The Bogd Khan was also known as the eighth living Buddha. When the Bogd Khan died in 1924, the palace was turned into a museum. This palace now displays the collection of personal belongings of the last Khan and his wife.

It's one of the very few places the Soviets and communist Mongolians didn't destroy during political purges. The white building to the right as you enter is the Winter Palace itself. It contains a collection of gifts received from foreign dignitaries, such as a pair of golden boots from a Russian tsar, a robe made from 80 unfortunate foxes and a Ger lined with the skins of 150 snow leopards.

Mongolia’s Declaration of Independence (from China in 1911) is among the exhibits. The Bogd Khaan's penchant for unusual live animals explains the extraordinary array of stuffed animals in the Palace - including an elephant that had to walk for three months from the Russian border to Ulaanbaatar!

The Palace Museum preserves priceless historical and cultural monuments of the Mongolian State and religion from the 17th to 20th Centuries, together with artifacts created by the foremost masters of that time, Zanabazar in particular, ranging from statues of gods, tanks, and papier-mache. The museum welcomes 19-20 thousand visitors each year and 70-80 percent is from foreign countries.