Altai Tavan Bogd has some of the most stunning scenery in all of Mongolia with towering white mountains, glaciers, deep lush valleys, and large lakes. 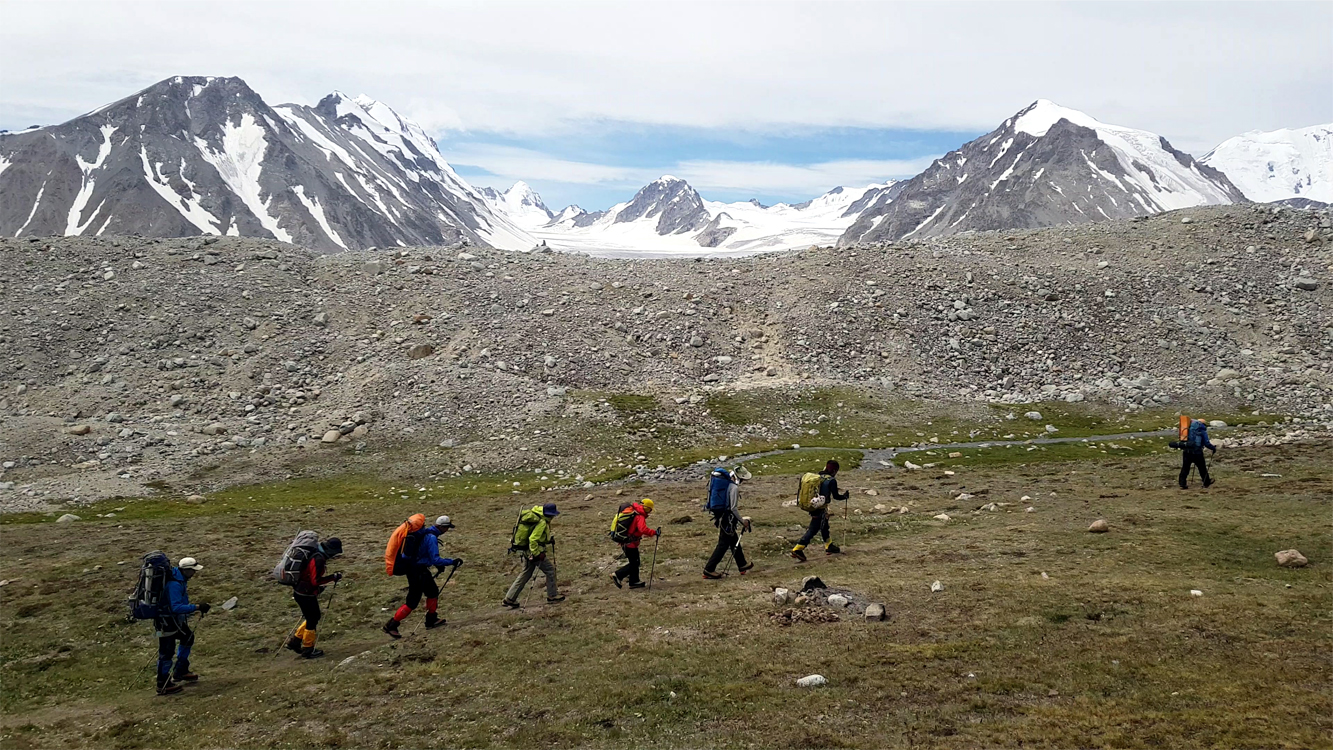 Altai Tavan Bogd has some of the most stunning scenery in all of Mongolia with towering white mountains, glaciers, deep lush valleys, and large lakes.

The park is divided into 2 regions, the Tavan Bogd Mountains in the northwest and the Lakes Region to the southeast. The snow-capped Kuiten Uul mountain, 4374 m (14,201 ft), is the highest of the five peaks of Tavan Bogd Mountains (literally '5 Saints') that gives the park its name. It covers an area of 630,000 hectares and is home to three large freshwater lakes and 34 glaciers, plus several waterfalls.

The largest, Pontuninii Glacier, covers 23 sq km. This stunning region stretches south from Tavan Bogd and includes the twin lakes of Khoton Nuur and Khurgan Nuur and Dayan Nuur. The park stretches along the Chinese border from the Russian border to 200 km south following the Altai Mountains, which form the borders of China, Russia, Kazakhstan, and Mongolia.

Tavan Bogd Mountains are considered sacred to local Kazakhs, Tuvans, and Mongolians. Ancient tribes have left many artifacts, using the region for religious ceremonies. Today, tens of thousands of petroglyphs in the park are part of a World Heritage Site. In addition, there are numerous Turkic Stone Men and stone burial mounds.

The people living in the park are one of the main draws. Kazakhs and Tuvan nomadic herders live inside the park and visiting them is part of most tours. The Kazakhs are the most numerous and the ones that do eagle hunting. They are known for their colorful large ger with rich embroidered wall hangings and their warm hospitality.

Tuvans occupy the Tsagaan Gol valley and have different clothes, food, and language than Mongols. Tuvan men sing deep eerie long-songs using throat-singing, though very few Tuvans in this isolated pocket have mastered the art. Kazakhs live around the lake, as well as Tsagaan Salaa and Takhiltyn Havtsal (and most of the rest of the park).

Those living inside the park have retained their traditional culture to a greater degree than probably any Kazakh in Central Asia. They have preserved their arts and music, and have practiced the ancient sport of eagle hunting continuously throughout the Soviet era when it was suppressed elsewhere.